AfterFlight is an Aerial Image Processing Software that allows the user to quickly and efficiently perform aerial image analysis and collect metadata from an aerial survey flight, allowing aerial photo interpretation to become easy. It can be used in the air, or on the ground. With this software, you know immediately whether there were any problems with the acquisition. This is why it is so useful: it means that problems can be identified straight away, and fixed while you are still in the air. But it does much more than identify any potential problems with the data capture: it also allows the user to synchronise the acquired imagery with metadata (GPS positions), generate statistics from the acquisition flight, and export the metadata in new formats.

You can download a flyer describing AfterFlight here (PDF). 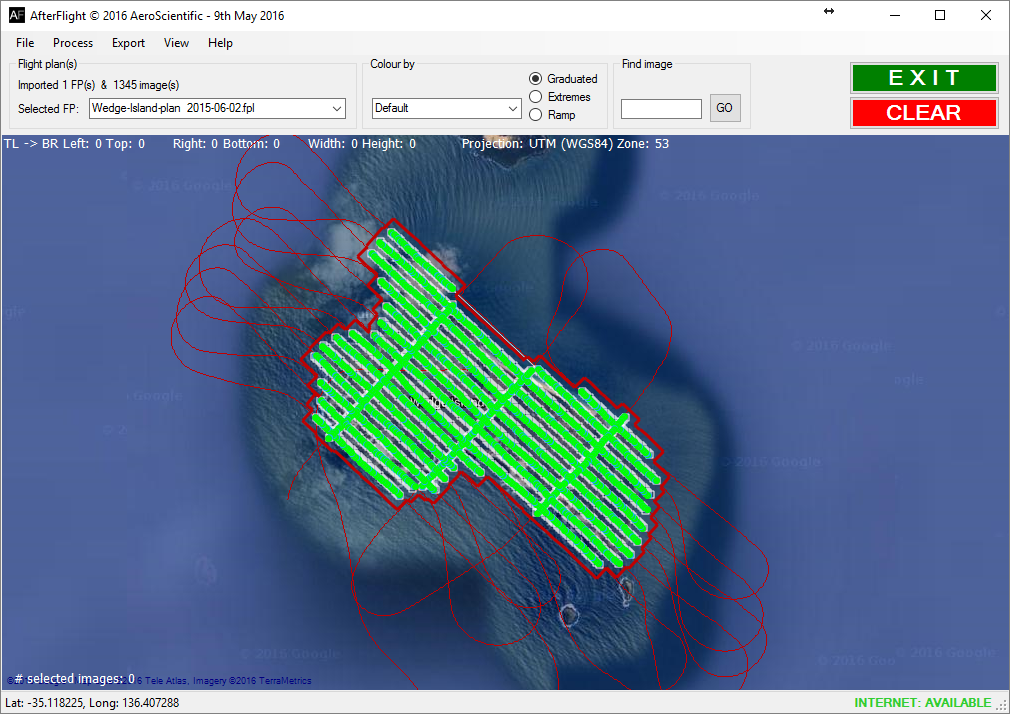 As you turn off the last flight run, AfterFlight will give you all the statistics of the acquisition, including:

By knowing this information whilst still in the air, and still in the survey area, it is possible to go back and refly any flight lines that need reflying. It is far better to fix any acquisition problems straight away, rather than having to return at a later date.

AfterFlight enables the synchronisation of image data and GPS data, to aid image processing. Specifically, AfterFlight can be used to write image names into metadata files, and it can write GPS data (latitudes and longitudes) into image EXIF headers.

AfterFlight only works alongside our other Flight Management software, Aviatrix. This allows easy integration to do aerial photography and image interpretation, meaning you can gather our aerial image results much faster.

Try Out AfterFlight Before You Buy

As with all of our software products, we encourage potential clients to try the software before they purchase it. Please contact us for a demo version of AfterFlight (fully functional but time-limited), so that you can try the software for yourself. We’ll provide plenty of sample data for you to experiment with. 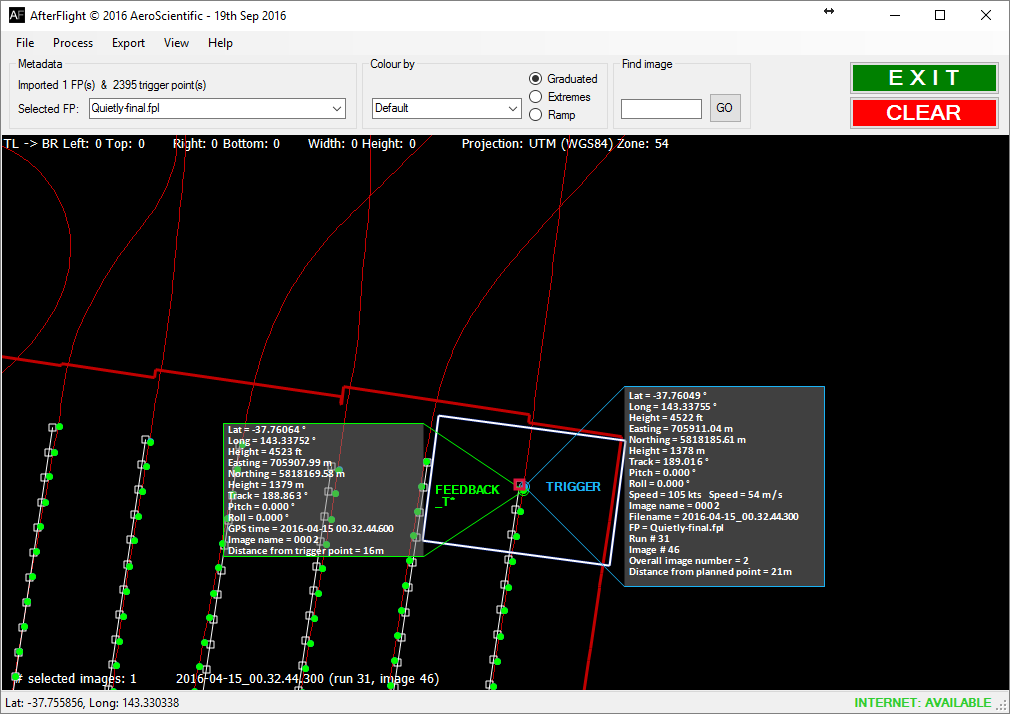 This website uses cookies to improve your experience while you navigate through the website. Out of these cookies, the cookies that are categorized as necessary are stored on your browser as they are essential for the working of basic functionalities of the website. We may also partner with selected third-party vendors, such as Google Analytics to allow tracking technologies and remarketing services on our site through the use of third-party cookies, to, among other things, analyze and track users’ use of our site, collect user demographic and interest data for remarketing purposes, email communication purposes, determine the popularity of content and better understand online activity. By accessing our site, you consent to the collection and use of your information by these third-party vendors. You are encouraged to review their privacy policy and contact them directly for responses to any questions you may have. We do not transfer personal information to these third-party vendors. However, if you do not want any information to be collected and used by tracking technologies, you have the option to opt-out of these cookies. But opting out of some of these cookies may have an effect on your browsing experience.
Necessary Always Enabled

Any cookies that may not be particularly necessary for the website to function and is used specifically to collect user personal data via analytics, ads, other embedded contents are termed as non-necessary cookies. It is mandatory to procure user consent prior to running these cookies on your website.